the walking in between

I'm training for a marathon right now, and some days I'm excited to get up and run.

Most days, however, I dread it. The first thing I do when my alarm goes off is check the weather. I have to remind myself that running at 7 am (when it's 70 degrees out) is much more pleasant than running at 8 pm (when it's still almost 95). That works pretty well actually.

Check out this song (it's only a couple minutes long), then come back to me.


Done? Cute song, right? My favorite line in the entire song goes like this:

"Cause life is not the mountaintops
It's the walking in between"

Each week as I complete my long run, I've added miles (which is a big deal) in order to be ready for the marathon in December. But there are three other days in the week where I'm just doing plain old runs. No glory. No recognition. They're the ones that are easiest to overlook, to excuse away, to try and avoid. Yet they're so very important. They're the reason I can add mileage each week. The reason each run feels better than the last.

Life is like that. I think as kids growing up, it's much easier for us to see progress. Each year we (hopefully) move up a grade until we eventually graduate from high school. If we go to college, we mark off classes as we take them until we have our degrees.

And then we enter the real world (as if we hadn't been living before then). Suddenly, progress is much harder to see. We spend our days in the trenches feeling like we're getting nowhere. A year passes and we wonder what we're doing with our lives. We look at our peers around us and see them moving up, up, always up. 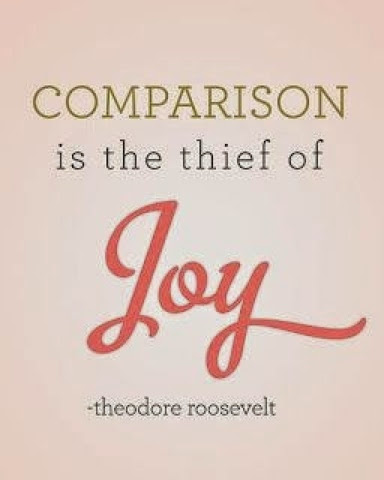 Photo via Heavens to Betsy

If you're feeling stuck in an in-between time right now - maybe you're trying to finish school so you can get that dream job; maybe you're trying to get into school; maybe you want kids but are trying to save up money; maybe (fill in the blank with your situation) - my advice is to find something tangible you can work toward in the meantime. For me, this marathon training is the in-between. It's a piece of my life moving forward and getting better while I wait to see if I'm accepted to nursing school. It takes effort and planning, but it's still a relatively small portion of my week. It's helping me learn to be patient in waiting. And it's a reminder that even the in-between times have their merit. We can always learn something new and better ourselves. Sometimes, the in-between is the best place to do that.

We're packing up to move again this weekend. Though our new home is only 20 miles from our current locale, I can't help the feelings of nostalgia that come from these types of transitions.

We moved to Texas a year ago after two short months of marriage. I've been a bit of a drifter since 2007, and spending more than a few months in one place has been hard for me to adjust to over the past couple of years. The idea of moving halfway across the country with my love wasn't really difficult for me to grasp because I love to be on the move. If I could make a living owning nothing but what fits in a suitcase and traveling the world, I'd do it. I suppose I technically could, but that sort of lifestyle is easier to maintain while single.

I did my fair share of solo travel while in college, and I've been overseas a couple of times (once for an extended time), but I didn't do nearly as much international travel as I wish I had in college. Now when I meet 18-19 year old kids, one of the first things I tell them is to get out of this country. Every trip I've taken has been worth every penny. They need to see how other people live.

But I digress. This post really only came about because of my favorite Brad Paisley song, Southern Comfort Zone. If you've ever spent a significant amount of time away from home (in another country especially), this song hits hard. I loved the months I spent overseas. Like most, I look back on them with rose-colored glasses, forgetting (or purposefully ignoring) the struggles while there. Those months changed me in ways I can still feel. Part of my heart will always be there.

I find it interesting how the definition of home expands and shifts throughout our lives. Before I got married, I had one "real" home, my parents, and I had "where I lived at the moment." While home is still and always will be Alabama, my real home is wherever my husband is. For now, that means home is a small Texas town. Bouts of wanderlust hit (I feel it almost constantly), but no matter where they take me, I'll return home with him.

Knowing home is where he is has been one of the happiest feelings I've ever known.

This weekend, I'm turtle-sitting for my neighbors while they're in Oklahoma. I'm not much of a reptile fan myself (if they're even reptiles-I don't know), but lately I've been forced to deal with them. I'm constantly finding baby lizards in my house (how the dog doesn't find them, I have no idea), and every night when I take him out before bed, there are frogs hopping around the backyard (I know frogs aren't reptiles, but you get my point-critters everywhere!). I even found one in Scout's water bucket and made a pact with him that as long as he didn't jump at me, I wouldn't mess with him. 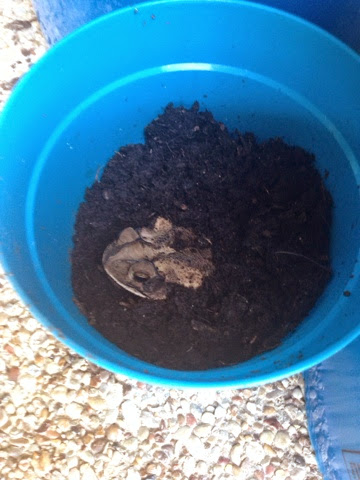 Apparently I deleted the picture of a frog in the water bucket. Here's one in my basil plant instead.
Anyways, back to Mr. Turtle.
Right now he's chilling in his bowl on my kitchen counter. Every now and then I can hear him from across the house, always the same sound - his shell banging against the glass. 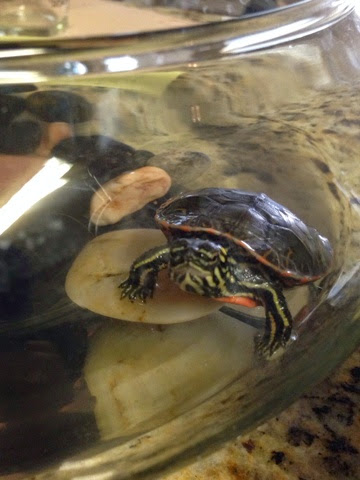 He's been trying to get out of that bowl all weekend and can't figure out how to do it.
Which brings me to my observation:
How many times do we as people feel trapped? Like no matter what we do, our lives don't have real meaning or that we're not where we thought we'd be when we imagined what grown-up life would be like?
I don't know about you, but that happens to me a lot. All. the. time. I dwell on past decisions that weren't necessarily dire mistakes, but also weren't the most beneficial (don't get me started on my first degree and how useful it hasn't been so far). I think about "what might have been" scenarios and imagine how much better my life would be if I could just go back and do it over again.
Case in point: I'm trying to get into nursing school. If I'd just gone when I was 18, I could be a nurse practitioner by now and making incredible money. Instead, I have a bachelors degree I've given up on and am working as a CNA.
But then I have to remind myself that if I hadn't gone the route I did, I wouldn't have traveled nearly as much and might never have gone overseas. Oh, and I doubt I would have met my husband. So there's that huge advantage to the route I did choose.
But sometimes I still feel trapped, like the turtle. I get hit with a wave of wanderlust multiple times a year, making it hard to be content with where I am. I want out of my glass bowl to see the world. In the midst of it all though, I have to remind myself to be present in the moment. I have a fantastic life and an amazing husband. My dog loves me more than I know how to handle sometimes, and my needs are met. I'm planning for the future, but it's okay to live while waiting.
That's what I'm learning. To live in the waiting. In the uncertainty. To not keep trying to get out of my bowl but to find a rock to sit on and enjoy the view.
<3 Jenni
Posted by Unknown at 8:11 PM No comments:

Y'all. I'll just jump right into this blog and skip the pleasantries. Overall today was a fantastic day, but rather dull at times. Six-mile AM run; packed the guest room; cleaned the garage. Ordinary things for a couple in limbo, but hardly filled my whole day.
And then I took Scout with me to grab something at the grocery store.
If you're ever having trouble appreciating life, watch a dog. Everything is amazing.
New tennis ball? BEST DAY EVER.
Going for a walk? BEST DAY EVER.
Ride in the car? BEST DAY EVER.
Today's was a car ride kind of day. He goes absolutely nuts when we go anywhere. I rolled down the back window (that works) and he stuck his head out the window. 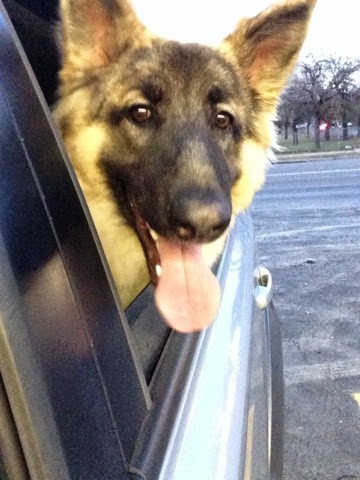 Bliss.
His excitement is infectious. He's taught me a lot about love, but that's another post for another day. And in case that picture wasn't happy enough for you, here's another from 7 months ago when we celebrated his half-birthday at the park! 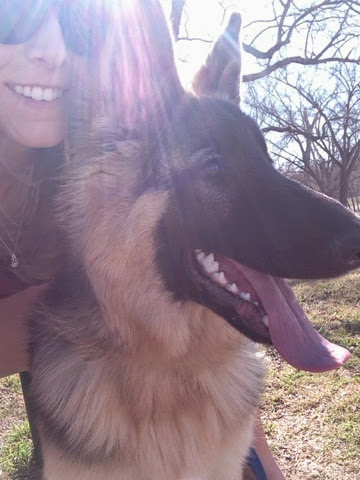 Have a fantastic weekend!
<3 Jenni
Posted by Unknown at 8:42 PM No comments: